Home > Books > Get Your Duke On

Get Your Duke On 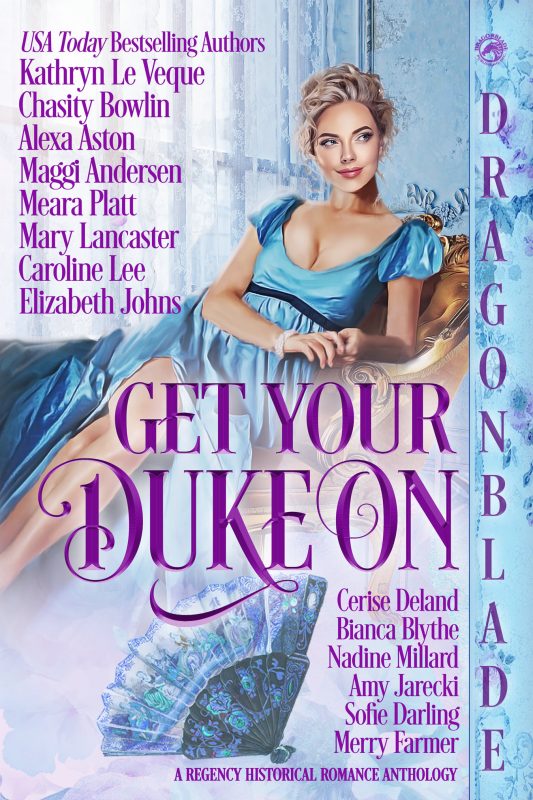 Welcome to a rollicking summer in Regency England, where the weather is warm, the ladies warmer, and the dukes sizzling-hot!

Amy's book in this set is THE DUKE'S SECRET LONGINGS:

When Wynn Edgeworth, Duke of Hardwick attends Baron le Despencer’s house party, he does so for the benefit of his friend, Jesse Chambers who has been betrothed to the baron’s daughter since childhood. However, ever since Miss Lydia Dashwood came of age, Jesse has been unable to muster the nerve to set the date and he requests the duke’s assistance to help him negotiate the awkwardness of courtship.

As Wynn arrives at the baron’s estate, he is captivated by a lovely soprano, who turns out to be Miss Dashwood herself. Of course, once the duke learns of Lydia’s identity, he ensures Jesse is given every opportunity to propose. All the while, Wynn tries to convince himself his initial fascination with Lydia was merely an infatuation, and that he does not desire Jesse’s intended for himself. However, the longer His Grace remains at Heathcote Castle, the more he realizes he cannot live without the captivating Miss Dashwood.