Known for her action-packed, passionate romances, USA Today Bestselling Author Amy Jarecki has received reader and critical praise throughout her writing career. She won the prestigious RT Reviewers' Choice award for The Highland Duke and a RONE award from InD’tale Magazine for Best Time Travel for her novel Rise of a Legend. In addition to being a USA Today Bestselling Author, Amy has earned the designation as an Amazon All Star Author. She holds an MBA from Heriot-Watt University in Edinburgh, Scotland and now resides in Wisconsin with her husband where she writes immersive historical and contemporary romance novels.

Amy loves interacting with her fans! Find her on social media:

Below are some of her favorite pictures she has taken… 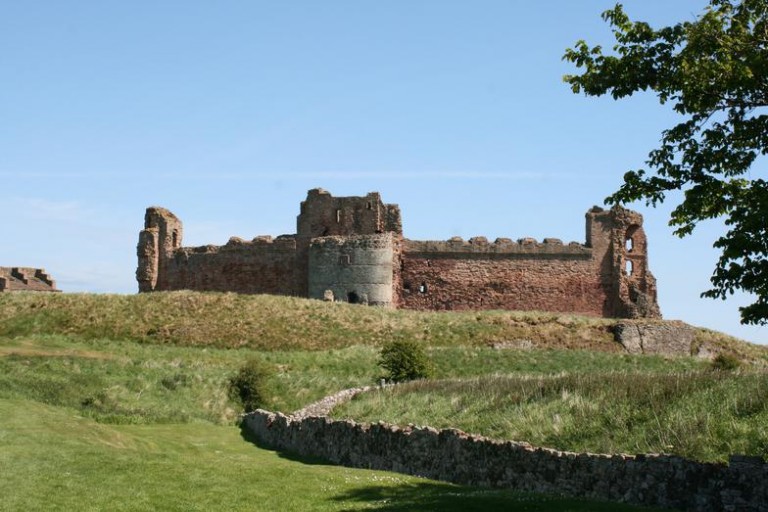 Tantallon Castle is a semi-ruined mid-14th-century fortress, located 5 kilometres (3.1 mi) east of North Berwick, in East Lothian, Scotland. It sits atop a promontory opposite the Bass Rock, looking out onto the Firth of Forth. The last medieval curtain wall castle to be constructed in Scotland,[1] Tantallon comprises a single wall blocking off the headland, with the other three sides naturally protected by sea cliffs.

Tantallon was built in the mid 14th century by William Douglas, 1st Earl of Douglas. It was passed to his illegitimate son, George Douglas, later created Earl of Angus, and despite several sieges, it remained the property of his descendants for much of its history. It was besieged by King James IV in 1491, and again by his successor James V in 1528, when extensive damage was done. Tantallon saw action in the First Bishops' War in 1639, and again during Oliver Cromwell's invasion of Scotland in 1651, when it was once more severely damaged. It was sold by the Marquis of Douglas in 1699 to Hew Dalrymple, Lord North Berwick and the ruin is today in the care of Historic Scotland.

Kilchurn Castle is a ruined structure on a rocky peninsula at the northeastern end of Loch Awe, in Argyll and Bute, Scotland. It was first constructed in the mid-15th century as the base of the Campbells of Glenorchy, who extended both the castle and their territory in the area over the next 150 years. After the Campbells became Earls of Breadalbane and moved to Taymouth Castle, Kilchurn fell out of use and was in ruins by 1770. It is now in the care of Historic Environment Scotland and is open to the public in summer. 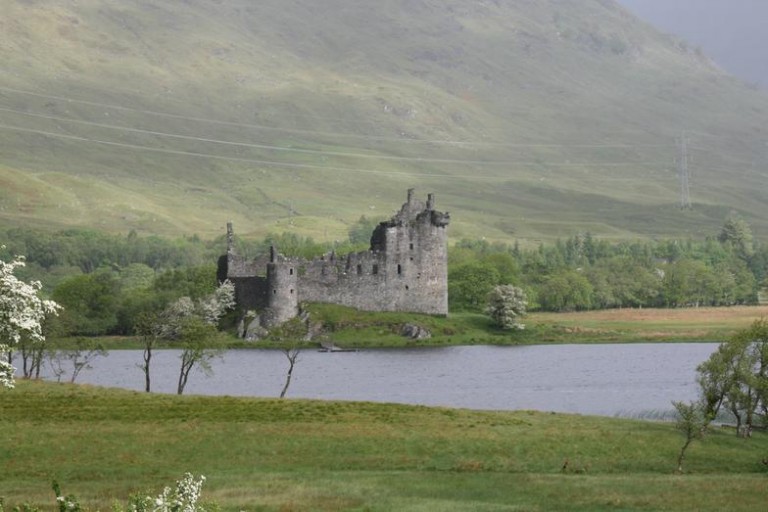 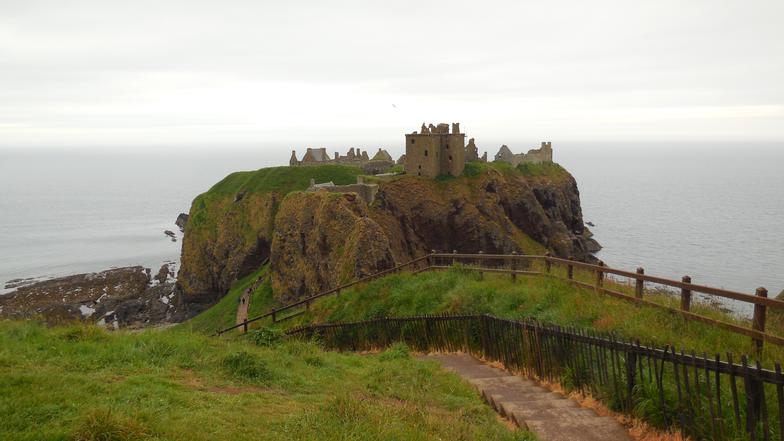 Dunnottar Castle (Scottish Gaelic: Dùn Fhoithear, "fort on the shelving slope"[1]) is a ruined medieval fortress located upon a rocky headland on the north-east coast of Scotland, about 3 kilometres (1.9 mi) south of Stonehaven. The surviving buildings are largely of the 15th and 16th centuries, but the site is believed to have been fortified in the Early Middle Ages. Dunnottar has played a prominent role in the history of Scotland through to the 18th-century Jacobite risings because of its strategic location and defensive strength. Dunnottar is best known as the place where the Honours of Scotland, the Scottish crown jewels, were hidden from Oliver Cromwell's invading army in the 17th century. The property of the Keiths from the 14th century, and the seat of the Earl Marischal, Dunnottar declined after the last Earl forfeited his titles by taking part in the Jacobite rebellion of 1715. The castle was restored in the 20th century and is now open to the public.>/p>

As the illegitimate daughter of a Scottish earl, Lady Magdalen Keith is not one to partake in lavish balls or other frivolities.